Successful completion of latest round of full-scale tunnel fire tests 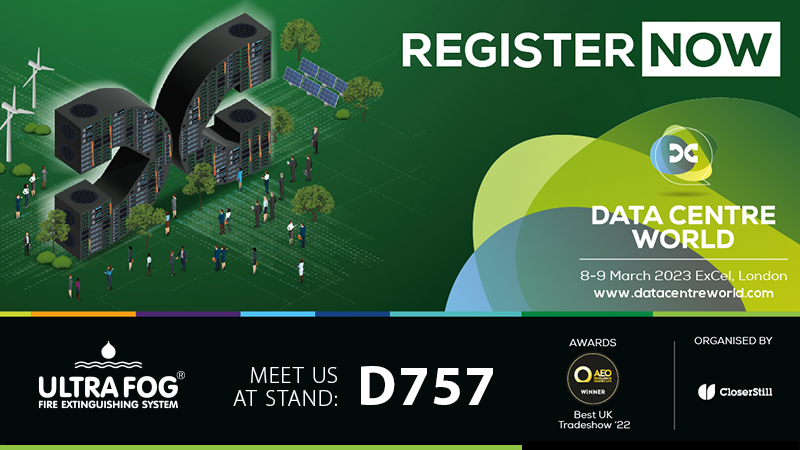 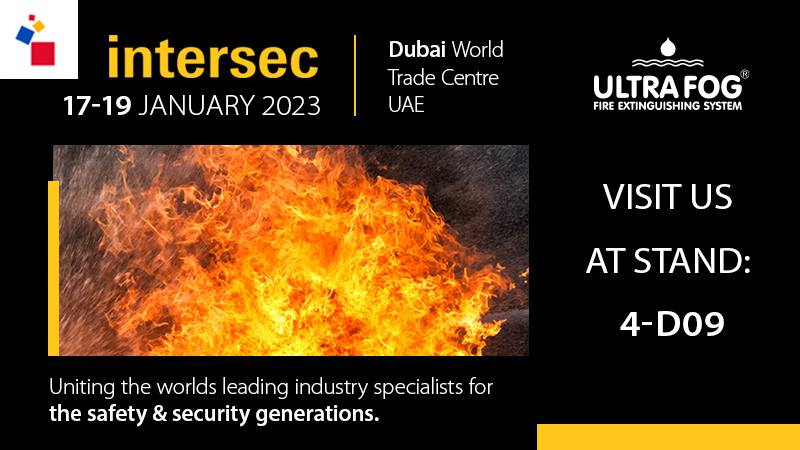 See you soon at Intersec Dubai 2023 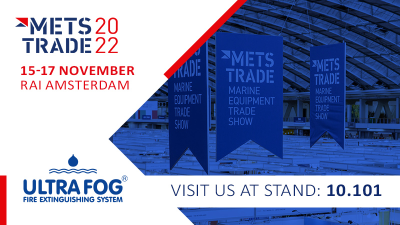 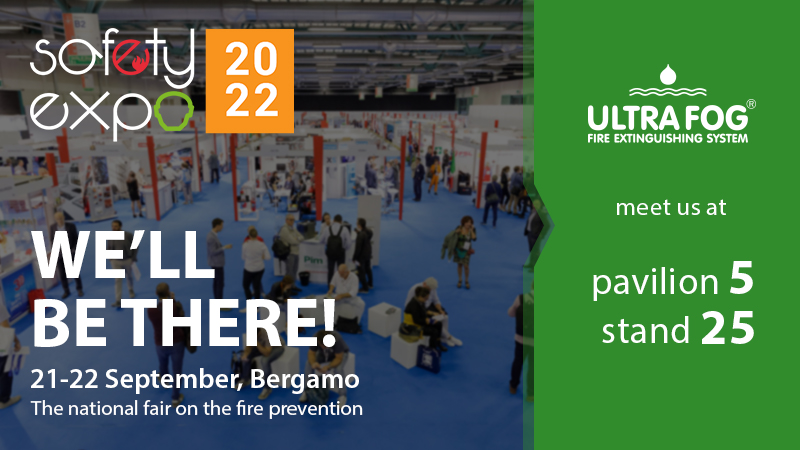 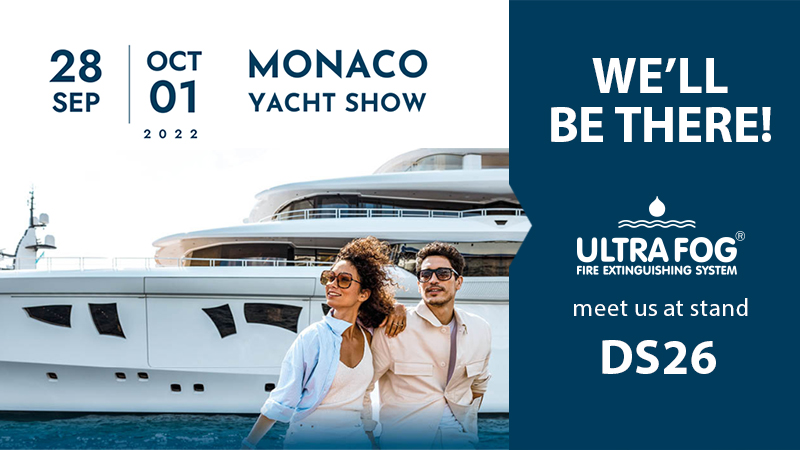 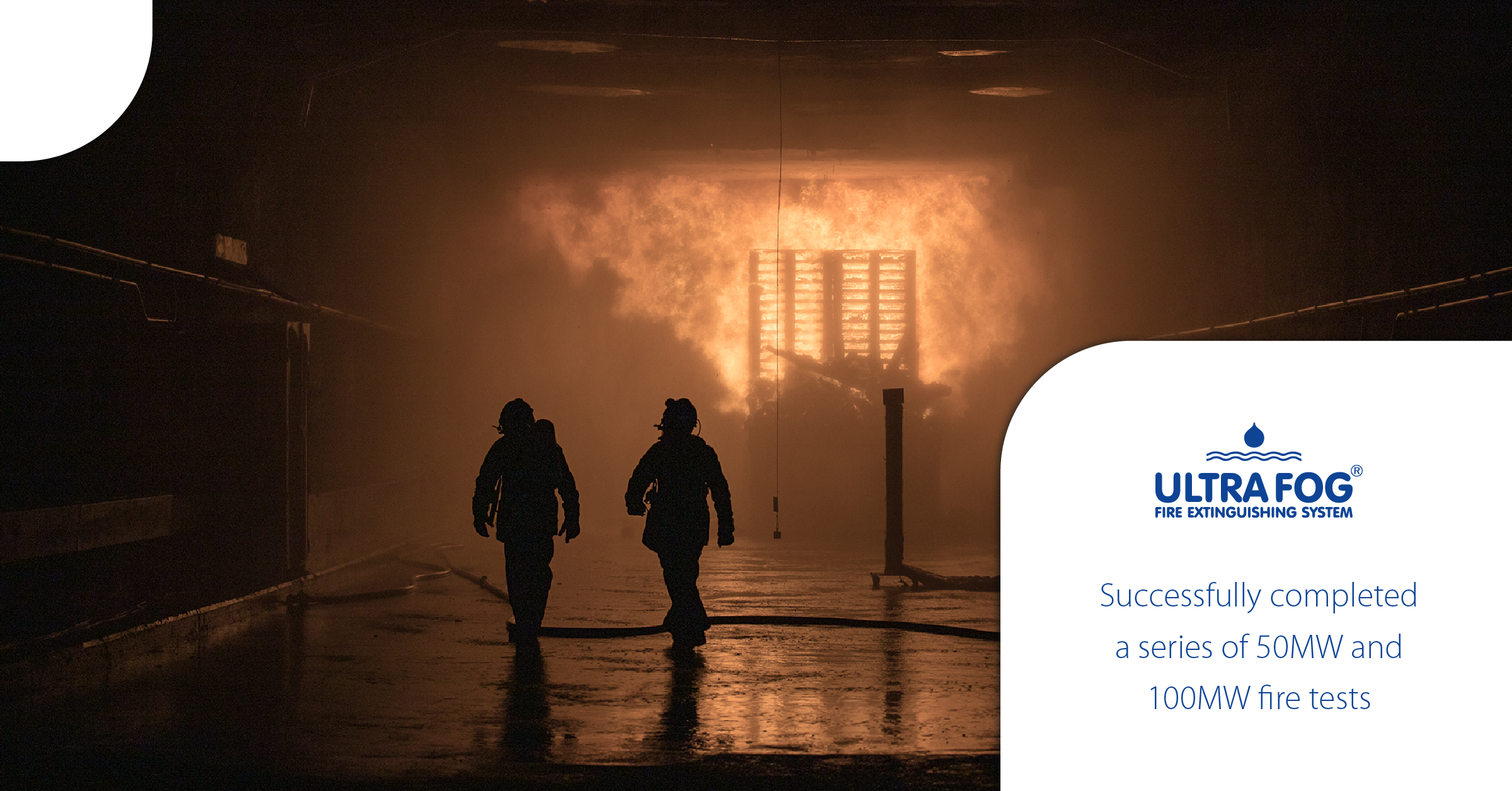 As part of Ultra Fog’s ongoing commitment to invest in the research and development of water mist technology for the protection of lives and infrastructure, we are pleased to announce the successful completion of our latest round of full-scale tunnel fire tests.  Further to the 30MW fire tests which were completed earlier this year, Ultra Fog has undertaken a series of 50MW and 100MW fire tests.

These fire tests were designed to simulate heavy goods vehicle (HGV) fires.  Drawing from published data from previous tunnel fire test programmes, the fuel packages were of a size, orientation, and elevation which was representative of a fully-loaded HGV trailer.  The tunnel’s ventilation system was configured to operate continuously during each fire test, thereby simulating both smoke extraction and forced fresh-air ventilation.  The primary aim of ventilation during a tunnel fire event is to maintain a tenable environment within the tunnel - to aid the means of escape and survival. However, the use of forced ventilation also creates a constant supply of fresh air to the fire and dilution of the water mist – both of which will intensify the fire’s heat release rate. Despite this challenge, the full-scale fire tests demonstrated the proficiency of Ultra Fog’s water mist system to operate effectively even under the influence of forced ventilation.

While enhancing the life-safety of tunnel users is paramount, Ultra Fog also extends its focus to the needs of tunnel operators.  The full-scale fire tests served to assess the ability of Ultra Fog’s water mist system to protect the structure of the tunnel.  Fires within unprotected tunnels can quickly escalate, exposing the interior to temperatures which can cause spalling and cracking of the concrete linings.  Such damage can lead to the closure of a tunnel for several months or years, as has been experienced in the aftermath of real-world tunnel fire tragedies.  Ultra Fog’s water mist systems will serve to minimise the severity of fire damage within the tunnel, with the subsequent goals of reducing the downtime, reducing the loss of operating revenue, reducing repair costs, and reducing the operators’ insurance costs, ultimately leading to a return on investment.  Furthermore, we have applied our 30 years’ experience to maximise the efficiency of our tunnel systems – minimising the systems’ size, power consumption, and water consumption – to present a market-leading solution, whilst minimising the operator’s total cost of ownership.